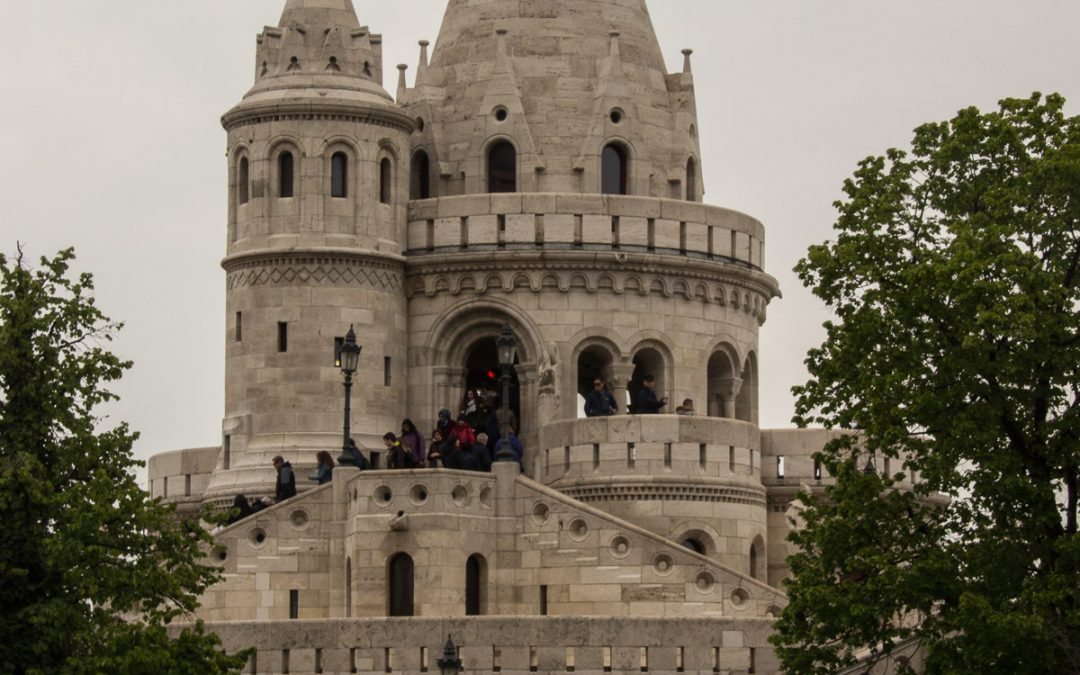 We slept aboard our Viking ship “Var” but it was still in Budapest on Saturday (day 5). There was a morning excursion, and we were assigned to group C, a bus full of about 45 people, for a tour that lasted about half a day.

So this is the kind of travel I do not really like. I like small groups, like me and Karen, or us and a few (close) friends. I like deciding (or at least helping to decide) where we’re going to go and when. I do not care for buses, tour guides holding up umbrellas (although Viking tour guides use lollipops), wearing a headset, or having to cut short our fun so we don’t miss the scheduled whatever.

But still – we can choose our attitudes, and there was a lot to see and enjoy on this tour, so that’s what we did. Our tour guide had a wonderful script, but she was a non-stop talker. All of us unplugged from time to time just to get a break. We got to get out of the bus twice – first at Hero’s Square, which celebrates the great heroes of Hungarian history, and second up in the castle area.

The statues of the heroes are made out of that metal that turns green over time – is that copper? Whatever – they were all green. And not a nice green, either. And the style of them – sort of scary-medieval. As a result I could only see them as Nazgul from Lord of the Rings. Take a look at the photos and see if you agree with me.

Anyway – all irreverence aside – the Hero’s Square was pretty impressive. And then, of course, we had to get back in the bus, and sit through a 30-minute traffic jam in which the bus didn’t move once. But our guide never stopped. She had (apparently) stories in reserve for just such an occasion.

Eventually we got moving and made our way across the Danube to the castle area. (That’s on the Buda side; the flat plain on the other side is Pest.) There we had an extended time to wander around. We started with a tour of the Mathias church – quite beautiful – and then went out to look over the wall at Fisherman’s Bastion and enjoy the view. We ended up at Starbucks (Joyce was with us) and then back to the bus. Where I was told “no coffee on the bus!” Sigh.

The food on the ship is wonderful. There are plenty of choices, and they’ll do whatever you want. You readers who’ve been on cruises know all this stuff. We independent travelers just have to get used to it. Anyway, the service is great. What’s interesting is that we meet people who’ve been on other cruises, and they all say that Viking is the best, hands down.

I’ve really enjoyed meeting various people at our tables. There are no seating reservations, so you just take pot luck. But almost everyone has been interesting to talk to. Yes, we’re all sort of old retired or nearly retired people. But that’s okay.

The one thing that has been a complete disaster – and this is being written several days out – is Internet service. There just isn’t much of it. So I’m way behind on my story-telling. I’m writing this now in hopes that someday I’ll get to post it. 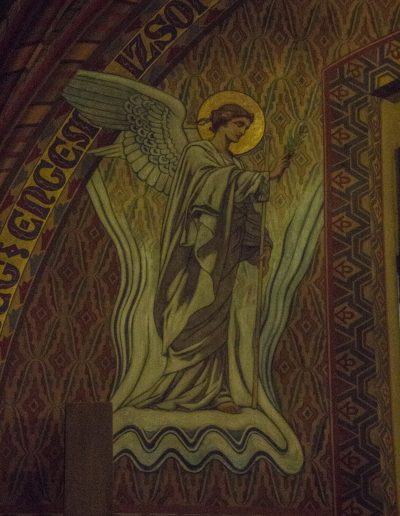 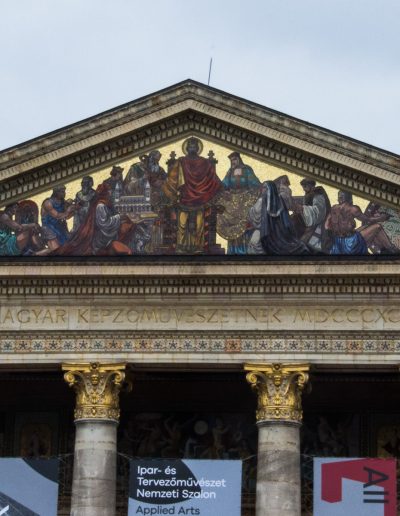 across from Heroes Square 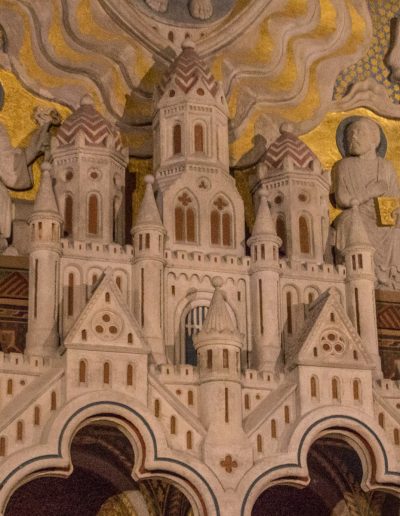 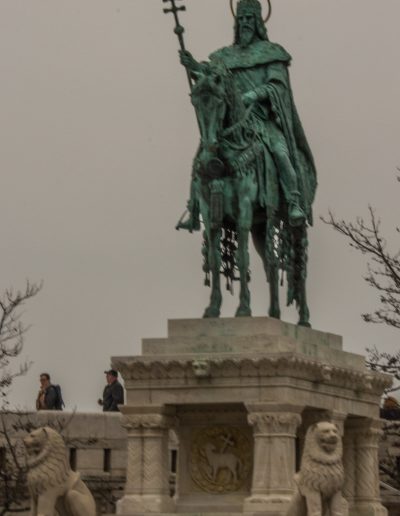 The chief hero of the heroes. This statue is up by the castle. 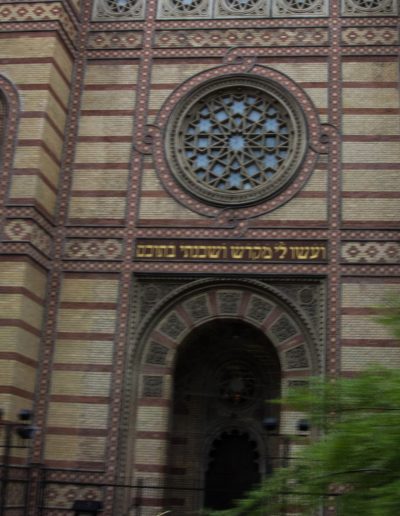 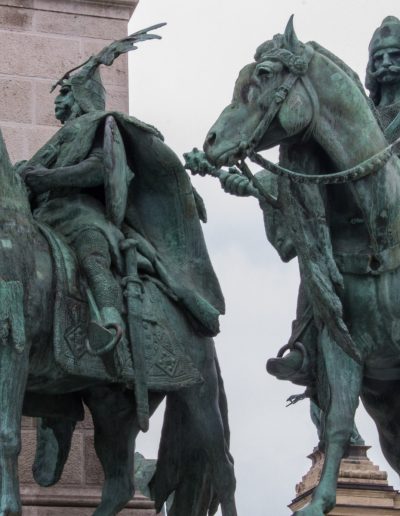 in Heroes Square. I think they look like Nazgul Black Riders. 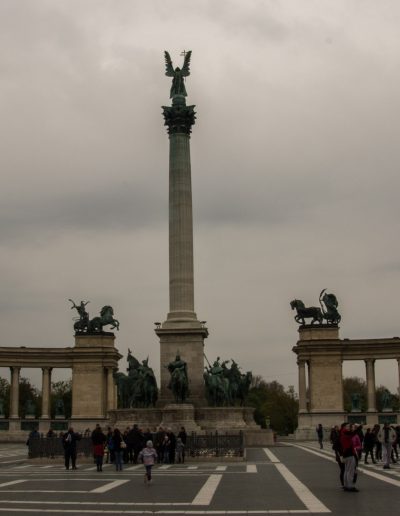 Honoring the founders of the country, and those who introduced Christianity. 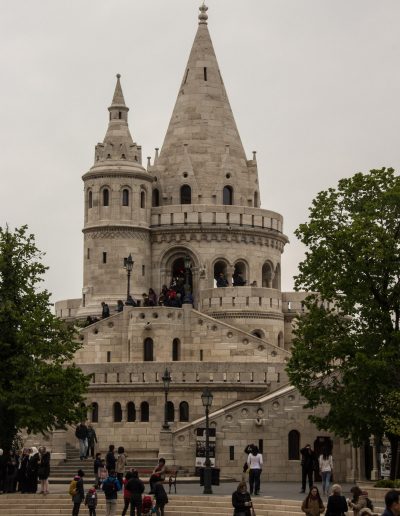 on top of Buda Hill near Fisherman’s Bastion 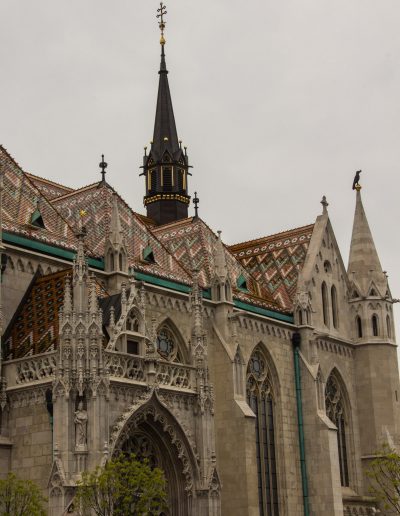 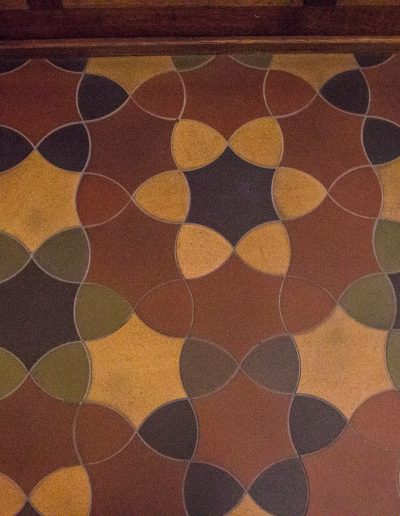