We arrived in Budapest at about 10:30 am, ready for a day of exploring the town. Of course we had to stow our suitcases first, and that meant finding (and traveling to) our hotel.

In the train station, I found the information office for public transportation in Budapest. They had daily passes or individual tickets. They also sold a package of 10 tickets for a discount, which was considerably less expensive than the daily pass, so that’s what I went for. I asked for directions to our hotel, and the woman who was helping me showed me which metro line to take, and which stop to get off at. She also gave me 10 tiny slips of thin paper which is what they use for metro tickets.

I went back upstairs for Karen and we lugged our suitcases downstairs (no elevator or escalator available for train customers). Then we wheeled them into the metro station. As we entered the metro, we saw two LARGE policemen standing near the escalators. They made us a little nervous so we hurried by – which turned out to be a mistake. They’d been standing by the ticket validation machines, which we were supposed to use to get our little tiny ticket slips stamped. I never saw them!

We got on the metro with our suitcases and went to the station where I’d been told. We went up the escalator, which was really steep. I was about three steps above Karen. I turned around to check on her and saw her falling backwards, down the stairs, with her luggage on top of her! Her feet were pointed towards the top of the escalator, and they were trapped under the luggage preventing her from getting up.

I was able to go down the three steps and pick up her suitcases (three bags strapped together) – it took me two tries, but I finally got it. As soon as her feet were free she was able to push them against the side of the escalator to help her turn around and get up. She was okay, except for the tips of the fingers on her left hand. She had burned them pretty bad trying to hold on to the rail as it slipped through her hand.

As far as I was concerned it was a miracle – she could have easily broken her back, or her head, or a leg. I think God was protecting her, and I am thankful.

We got to the top of the escalator (fortunately, or providentially, it was a long one) and Karen was all right except for the tips of the fingers on her left hand. They were quite painful. We checked our location (using a map on my iPhone) and found that we had covered only half the distance to our hotel. I’d been given incorrect information.

So – back down again, into the depths of the earth, and we got back on the metro for one more stop. Karen’s pain was alternating between intense and mild. We got off at the next stop and found that the security people were checking tickets. We showed them ours and quickly got into big trouble because we had not validated them. The supervisor was called over. We explained that we were from the U.S.A., we had just arrived in the country, I had just bought the tickets, I even had a receipt showing that they were purchased less than 30 minutes old, we had all of our luggage with us, we didn’t see the validation machines – everything I could think of. Still they treated us like criminals. They would not listen to our explanations or look at the receipt. We had to pay a fine, on the spot, in cash, of about $55. The supervisor filled out a little green form and asked me to sign it. He then handed it to me and said “This is your punishment. I’m just doing my job.” Welcome to Hungary.

We found our hotel – actually rooms above a cafe, very nice – and the concierge was extremely helpful. He directed us to a pharmacy and there Karen was able to get some ointment for her burns. This helped considerably and by the next day her pain was gone (although the blisters remain). 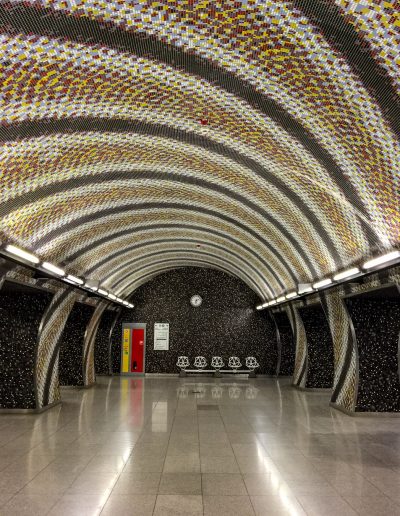 A tunnel in the subway 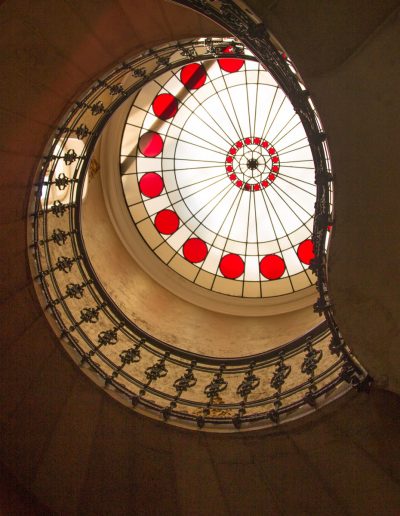 In our hotel in Budapest 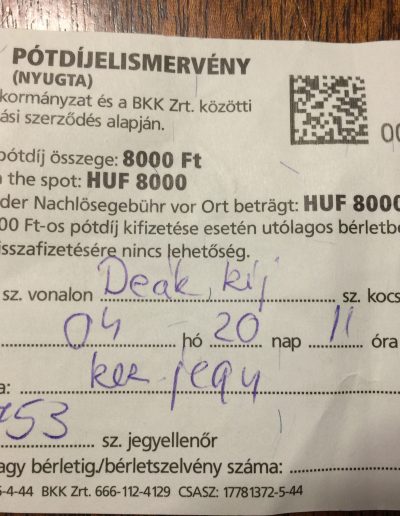 The security guard handed this to me and said “this is your punishment.” 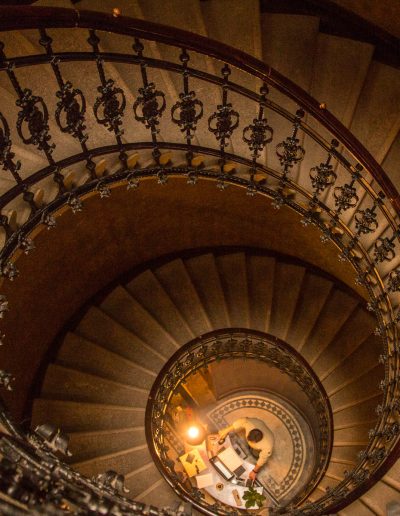 We could look down the staircase and see our concierge. 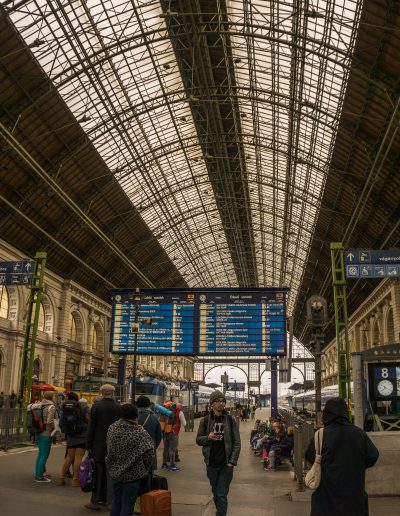 Just like any other European station – maybe a little older and uglier than most. 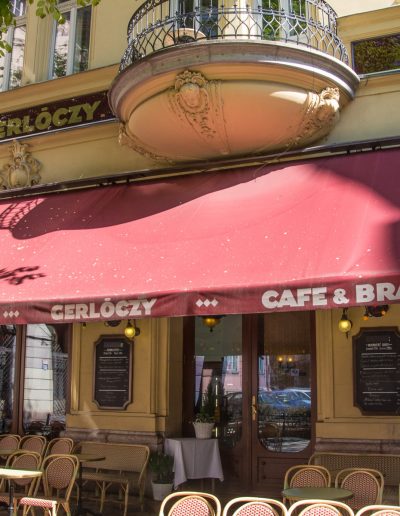 This is the cafe that our rooms were above. We ate two excellent meals here.