We Take a Bath 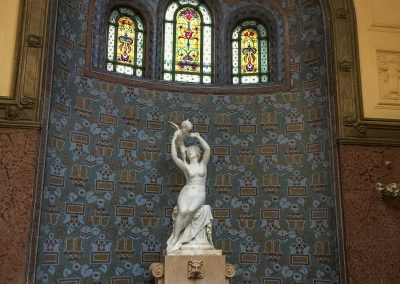 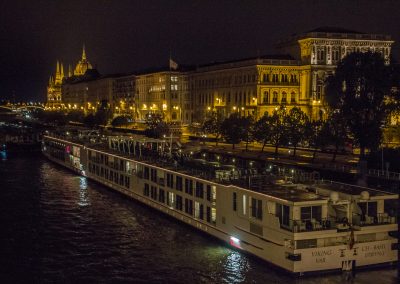 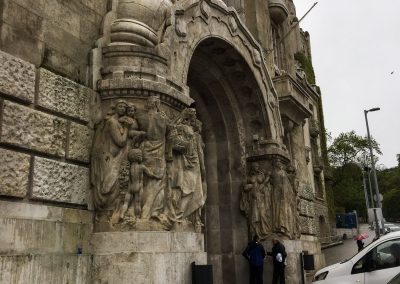 Entrance to the Gellert Bath 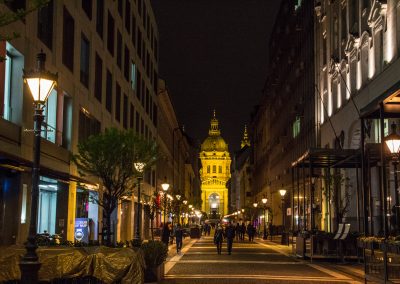 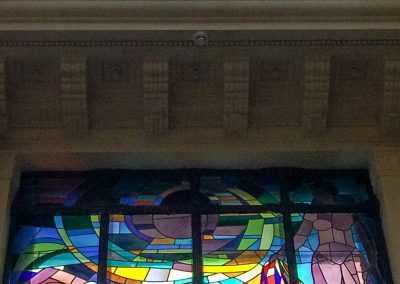 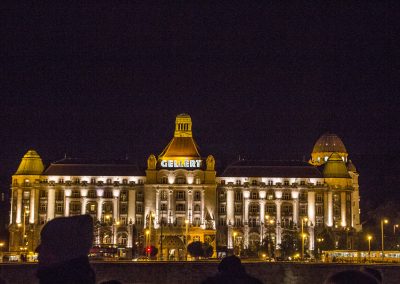 this is where the baths are located 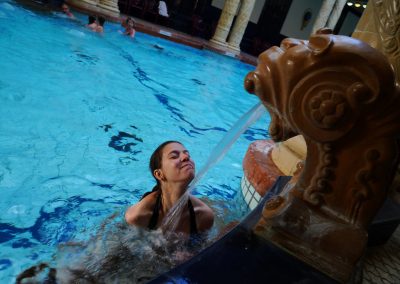 Animals around the pool shoot water at you

Several years ago when we visited Turkey we had the opportunity to visit the Turkish baths. We didn’t go, because a) you have to change clothes in there, and b) Americans are squeamish about such things. People might see us.

So it turns out that Budapest is another of those places that is famous for its mineral baths. And they have beautiful bath palaces. So we said to each other: this time let’s grow up, get over it, no big deal. We need to try these things, have some real experiences.

The most famous baths in Budapest are the Széchenyi Baths, but all of the pictures we saw of it showed only outdoor pools, and the weather was looking very cold! We were right about the weather, as it turned out, but wrong about the pools. Anyway, we decided to go to the Gellert Baths because of the beautiful interior – it’s like swimming in a cathedral.

I had done my part to prepare for this excursion. I brought my swimsuit, and I looked up the admission price for the baths. The weather was terrible – it was snowing, and the wind was blowing. The building is fantastic – its architecture is Art Nouveau and it is very beautiful. We learned later that it was opened at the end of World War I.

We walked in, paid for our tickets and were directed to the entrance to the locker rooms. The ladies’ and men’s rooms were separate, so we had two stories to tell afterwards. Karen’s story was that any locker that was available was broken – so there was no way for her to lock up her stuff. But she got some help from some women that were there, so she found out what to do and where to go. My story was that I couldn’t figure out how to operate the locker. I changed into my swimsuit and put my stuff in the locker, but couldn’t figure out how to lock it. The instructions were incomprehensible. They had given each of us a little wristwatch-shaped device that was supposed to help operate the lock. Finally a staff member came along, grabbed my arm, shoved it at the lock (which of course worked perfectly) and walked away, rolling his eyes.

I found another staff member and asked about towels. “You have to rent them” he said. I went to find out how much that was, and they had signs up everywhere about the necessity of wearing a bathing cap. So we had to buy that too (no rentals). This all added up to a lot more money than I had been prepared to spend. But fortunately I’d failed to empty my pockets so I did have some cash. I got towels and bathing caps for both of us.

Then we entered the big pool. The water seemed cold and there weren’t many people in it. But it was a lot of fun swimming in that beautiful room. The pictures you see posted here are not from our cameras (for obvious reasons) but you can see what it looks like. I swam around a few times but it was too cold for Karen, so we joined the crowds in the (boring, ugly) deliciously warm hot pool.

I was pleased with the facility but not with the staff – they are simply not interested in accommodating first-time visitors. Nobody volunteered any information or help – we had to seek it out and most of the people were not at all pleased to help us. But this is the attitude that we’ve found all over Budapest, with one or two exceptions.

So I probably won’t ever go to a public bath again – but I can cross that experience off my list!

After dinner, we decided to go out again on a night photography expedition. It had stopped raining but was still really cold, so we bundled up and decided to see how long we could endure it.

The public buildings in Budapest are all lit up at night and they make a beautiful sight. We were out for nearly an hour and got lots of good photos. We also saw our ship docked right next to the Chain Bridge.