Cruisin’ Down the River on a Sunday Afternoon

Viking Var, like all of the Viking river cruise boats I’ve seen, is just a skinny box in the water.  Long, low and flat are its most distinguishing  characteristics. “Var” is the name of the ship we were on – apparently named after one of the Norse gods.

Viking river cruises do not try to compete with big ocean cruises. They are less flashy, more intimate. Instead of thousands of passengers, they carry about 200. There isn’t much on-board entertainment. There are no reserved seats at meals. We enjoyed meeting new people almost every time. 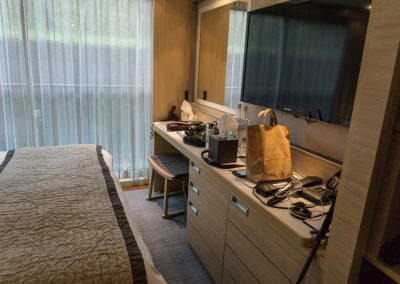 This is all of the walking space available. 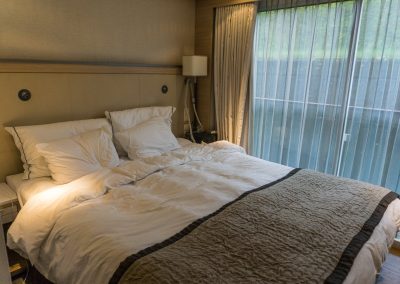 not much space around the bed 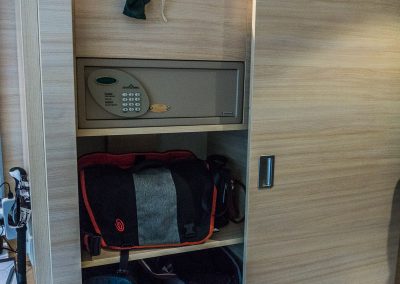 More storage, much needed. Right side of closet was for hanging clothes. 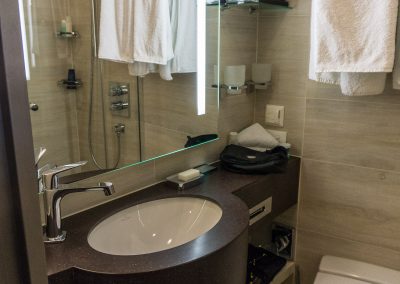 bathroom was nice except for no electric plugs! Shower is to the right.

Our room was called a “French Balcony” room, where the word “French” translates as “No.” But we could open a window and look out. This was especially fun when we were in a lock, and we had a view of a concrete wall about 5 inches away. 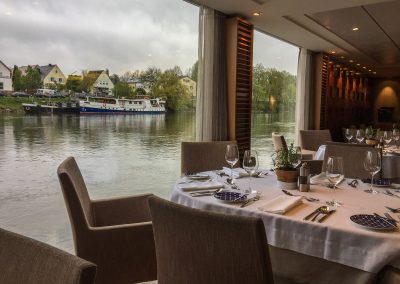 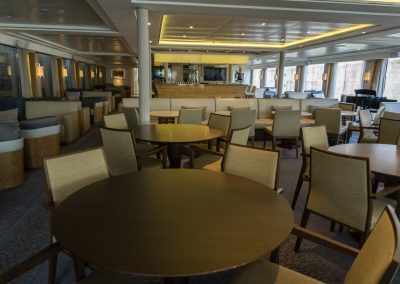 Not very comfortable nor was it well laid out. 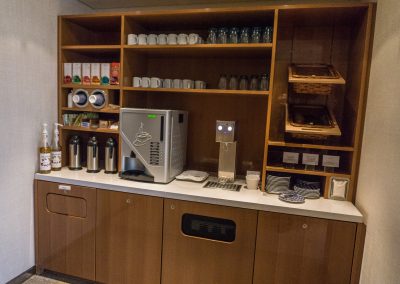 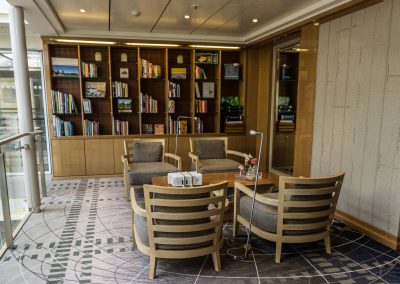 The best place to get a chance at a little bit of Internet.

The dining room has a buffet table in the middle at every meal. You can get food from the buffet (which includes omelets made to order for breakfast) or order whatever you’d like from the menu. The food is quite good and they make an effort to coordinate the menu with the region that your ship is in. Unlike the ocean cruisers they are always near land so they can get fresh food every day.

Another benefit of being near land is the selection of excursions. There is at least one free excursion, usually a walking tour of the town, every day. Viking hires local guides in each city and they were always good. There are optional paid excursions as well, many involving lots of bus travel, which did not appeal to us.

Above the dining room is the lounge, which has a lot of casual seating, a bar, and tables to sit around. Unfortunately all of the seating is uncomfortable. The lounge is where lectures and occasional entertainment takes place. You can go out from the lounge to the terrace, or up to the top deck where they have a walking track, chairs to sun in, and river banks to watch.

We had only one sunny day, and that top deck was full all day.

There is a small library with two computers for connecting to the Internet. Unfortunately the Internet connection rarely worked. There was supposed to be wireless internet available but it worked only once or twice during the whole cruise, and only for short times.

In the course of the cruise, the ship went through about 25 locks. These events were fun to watch. 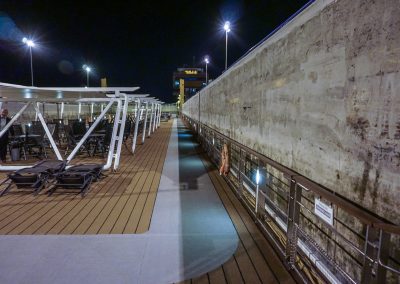 We often went through locks at night. This is how it looks from the top deck. 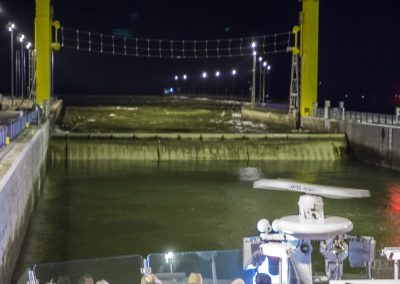 almost out of the lock

Looking forward over the bow from the sun deck, you can see we are close to the top. 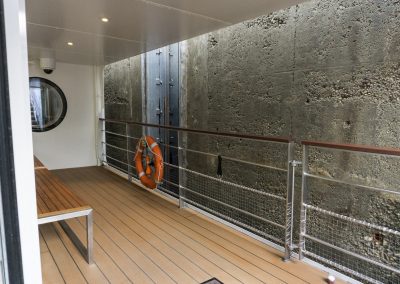 This is from the deck, but through our room’s window it looked just like this.

To sum up, I liked the cruise boat, the food, and our fellow passengers. It was easy to make friends and we had a good time.

But I don’t expect that we’ll be back on a Viking cruise. We missed the freedom of independent travel. We were bound to the ship’s schedule at all times. We missed the experience of dining out in local restaurants (which we could have done, of course, but we’d already paid for meals on board ship) and staying in local hotels. And we missed the opportunity to create our own itinerary. The Danube was great, but there were several towns that are not next to it that I’d have liked to visit.

Nothing against Viking – they’re a great company by all accounts. And we may use them again when an independent tour isn’t the best idea – like when we visit the Scandinavian and Baltic cities.