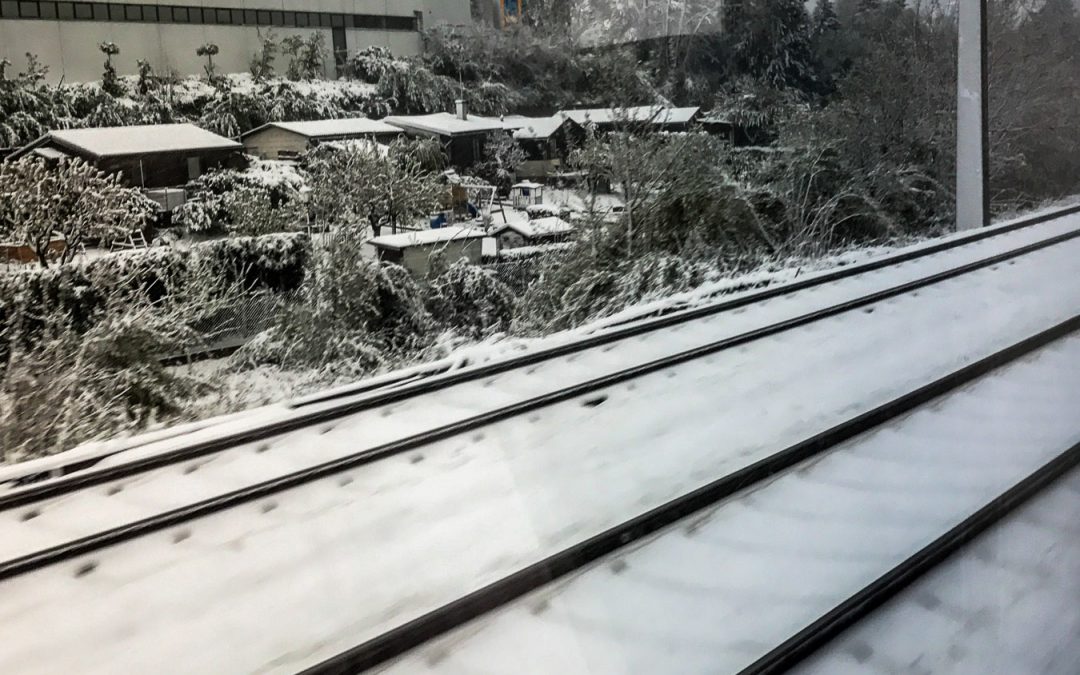 Our big plan for Wednesday was to visit Melk Abbey. I first heard about it many years ago, and seeing pictures of it on the Internet only increased my desire to see it in person. Of course Karen wanted to go too; one of her passions is book-binding, and old books, and the library at Melk Abbey is one of the world’s most famous.

The plan was to spend the morning at Melk and come back to Vienna for the afternoon and evening. But we got a late start – with the jet lag we slept in just a bit (like two hours) and then we stopped at a cafe for a nice breakfast. We took the U-Bahn (subway) down to the WestBahnhof (train station) and found out that the next direct train to Melk was leaving at 12:20. This left us over an hour to fill. So we shopped the train station – a very nice place – and had coffee.

We got on the train at about noon, chose a private compartment, and relaxed. Nobody ever checked our tickets, either way. In fact on the way home, when we were sitting in a regular train car (not compartments) the ticket man came through our car checking tickets but he skipped us. I felt left out.

Did I mention that it was snowing? The snow fell all day – mostly horizontally! It was really windy and cold. It wasn’t cold enough for the snow to stick on the Vienna streets, but as we got out of town the snow was piling up like January. By the time we got to Melk it was mid-winter.

After arriving at Melk we had to figure out how to get to the abbey.You could see it easily, up on the hill, but the way to get there was far from obvious. We followed a group of German-speaking people from the train into the town, which is very cute and touristy. We figured they would know how to get to the abbey. That plan worked well until we got to the coffin in the middle of the church yard. Apparently they were arriving for a funeral!

So we headed out the logical way – which turned out to be wrong – but we got some help and eventually made our way up to the abbey. See the next post for that story.

Please click on the pictures to enlarge them. They’re much more interesting that way! 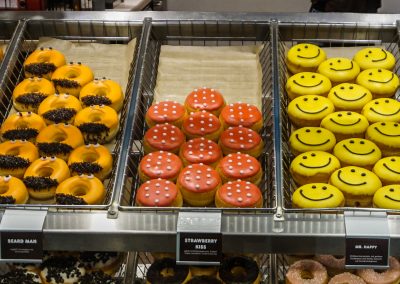 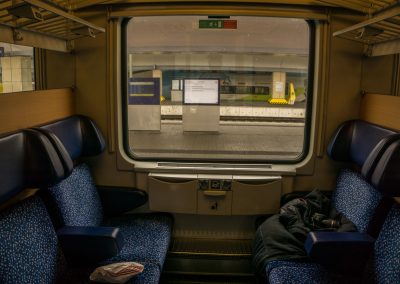 And this is second class! 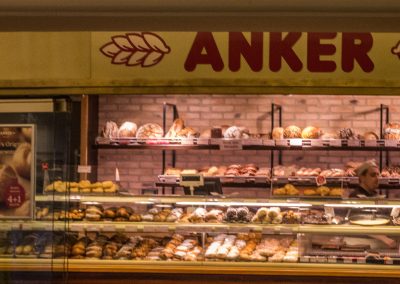 Sweets in the U-Bahn 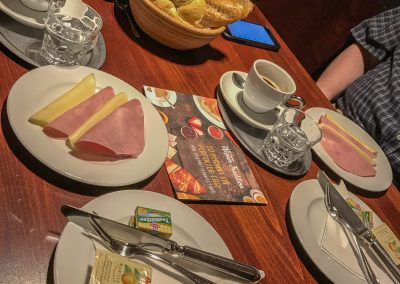 Wish we could get rolls like this in Oregon! 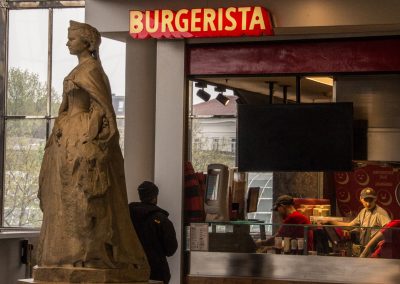 I love the name of this fast food stand. Somehow the statue seemed appropriate. 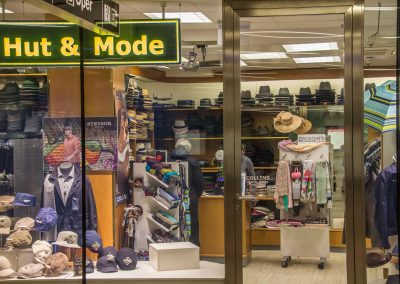 Karen buys a scarf at the hat store. 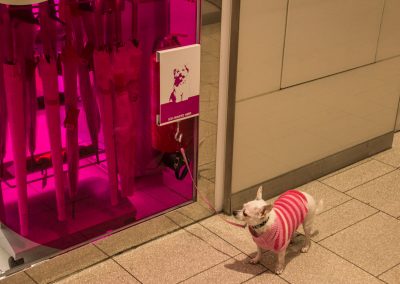 I love the outfit on this little dog, which perfectly matches the decor of the place its owner parked it. 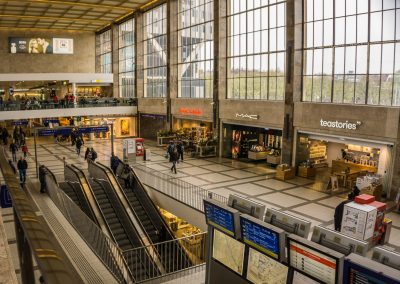 This is Vienna’s West Bahnhof (train station). A nice place.